Last Wednesday 14 Librarians from 8 libraries in the Brighton area convened at the Sussex Humanities Lab for a Library Carpentry workshop. The session was organised by the University of Sussex Library and colleagues from there were out in force both to instruct and as helpers. The workshop covered Regular Expressions, Shell, Git (in a short introductory session organised by local company Serano), and OpenRefine. 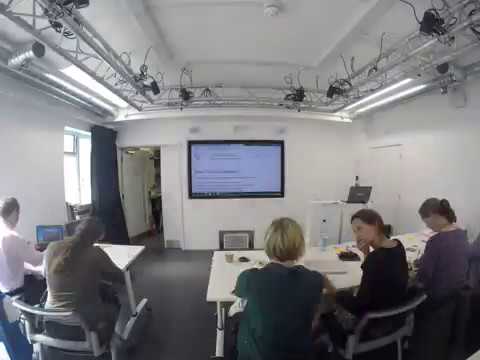 As ever Refine was a hit. As one attendee wrote in their feedback:

But learners looked positively upon the other sessions as well. On Shell, for example, one learner reported:

Explanation of commands easier to understand than expected

Breaking down perceived barriers between librarians and computational skills is central to the mission of Library Carpentry. And whilst there is still work to do - learners reported wanting to know a greater sense of the big picture for using Shell and more time to grasp the meaning of terms like ‘array’ and ‘string’ - the workshop clearly struck a chord: a discussion over coffee on how to integrate Shell, Git, and OpenRefine into existing workflows suggested attendees could see the potential for using these tools in their work.

My thanks to Rod Tatham and Antony Grovesfor instructing. Back in 2015 Antony attended the very first Library Carpentry: it is great to see someone transition from learner to instructor in such a short period of time.