Taking Library Carpentry on the road in New Zealand

Teaching four Library Carpentry ‘express’ workshops within eight days might sound quite taxing but the enthusiasm of the people I taught made it pretty easy. I also had some help from Jonah Duckles with workshop one at the University of Otago in Dunedin (this formed part of the Dunedin ResBaz event) and from Aleksandra Pawlik with the workshop at the University of Canterbury in Christchurch.

Library Carpentry on the road

This roadshow, funded by Universities New Zealand, aimed to bring Library Carpentry to academic libraries in New Zealand. I taught the workshop at the following Universities: Otago, Canterbury, Massey, and Auckland, which meant travelling by plane between the four locations on the north and south islands of New Zealand. The idea of this roadshow was first mooted at the eResearch New Zealand conference more than a year ago, when Library Carpentry was much less well-known. Accordingly, libraries in the capital, Wellington, missed out this time round.

But those who took part did so with a vengeance - grepping like champions, using the shell, wrangling data in OpenRefine, and writing two different FOR loops. My favourite piece of ‘negative’ feedback was that the workshop was ‘Too short’.

All workshops were only a day long, hence the term ‘express’. I covered jargon busting, the shell, OpenRefine, and regular expressions. To ensure people had plenty of time to try out the shell, I taught this straight after the morning break, continuing on with it after lunch as well. This meant I pushed regular expressions to the end of each workshop, as not every attendee wanted to stay for that section (though most did). In previous workshops, feedback has always been that shell time was too short so it was good to extend the time for that section (which is generally the most challenging for learners.)

One lovely comment was someone telling me she hadn’t felt at all stupid!

Across all four workshops, the same terms - APIs, algorithms, web scraping, JSON, data munging - cropped up in jargon busting. The same terms appear again and again in every Library Carpentry workshop I have taught (and I have now taught 20!), whether the audience be staff from public, state, national or academic libraries.

This was a big group of 20 packed into a smallish room. Attendees were from public libraries, the university library, and the Otago museum. My voice started to give way about lunchtime so Jonah Duckles stepped in and taught the second part of shell. I then croaked my way to the finish line, ably asisted by Jonah and Merrin Brewster who worked as a helper. We had a lot of fun! Big thanks to Merrin and to Shiobhan Smith for organising this. 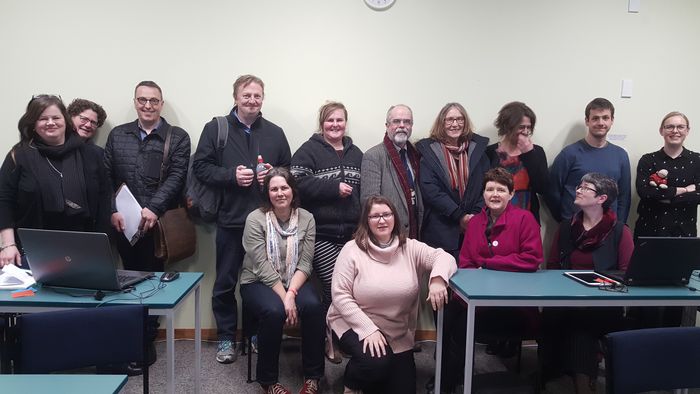 Stuart Broughton was the local organiser here, and we had about 15 people attending, mostly from the University of Canterbury but a couple from Lincoln University nearby. Alexandra Pawlik helped teach the shell here and also helped out while I taught. We had a few laptop issues because power cables were not available, but the group worked hard. Half the group opted out of sticking round for regular expressions at the end so we didn’t get a group shot (very sad!). I managed to meet up with local Carpenters Arin Basu and Sung Eun Bae which was a treat. Anton Angelo was sick on the day and couldn’t help but we met the next day to make plans to take Library Carpentry forward in New Zealand. 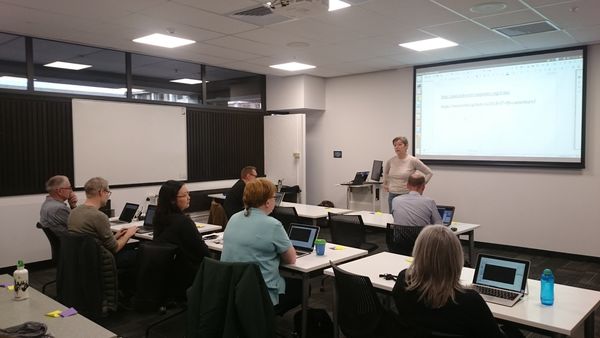 Getting to Massey in Palmerston North meant a flight across the gorgeous Cook Strait in beautiful weather, flying over the stunning Marlborough Sounds. I was a bit stressed about this workshop as my flight out to Auckland (where I was teaching the next morning) was due to leave at 5pm so this looked set to be an even more ‘express’ version than usual! But we finished in plenty of time (despite a 4.8 Richter scale earthquake making the room shake around morning tea time). I managed to be oblivious to it as I was moving around at the time. Attendees here could definitely see the benefit of using shell tools like grep to filter and subset data from large files, and one attendee was already plotting to use it to wrangle collection weeding spreadsheets. We had absolutely zero problems here with program installation which certainly saved a bit of time. Everyone had the exact same bash shell, which is a luxury you don’t often have. Thanks to Heather Lamond for organising this workshop. 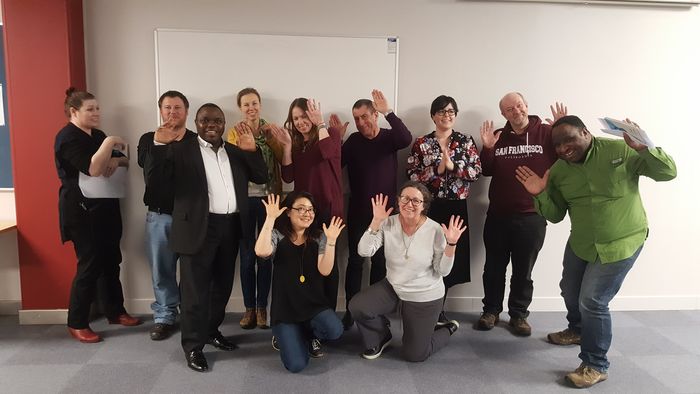 My final stop at the University of Auckland was also my largest group, with 23 signed up, one an import from Massey. I had a lot of great helpers here, including Rachel Chidlow (organiser) and Laura Armstrong, whom I had previously met at eResearch Australasia. Feedback was generally good, especially for OpenRefine (as usual) but also for regular expressions. I also sparked some interest in using Markdown and Pandoc for reusable texts. 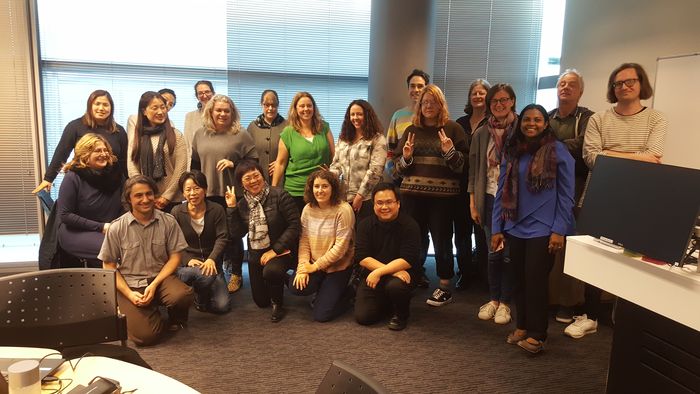 One key thing for would-be teachers of this material to remember is that library staff are very keen on practical applications of the tools taught. ‘How will I use this?’ is always a question that comes up, and it is worth brainstorming a few ideas at the end of each section of the workshop. I also suggested that people work in pairs afterwards to try to embed the skills, as every person remembers slightly different things from what was taught.

It is exciting to report that Anton Angelo at the University of Canterbury is keen to lead this work in New Zealand. Perhaps the university libraries could organise a community day to work together to discuss embedding and teaching these skills. It is also worth engaging with the Library Carpentry community worldwide. We have lots of ways to engage.

While I was venturing very far south in the dead of winter for this roadshow, New Zealand did turn on some glorious sunny days. On my last day, I managed to get down to the Auckland harbour and very nice it was! 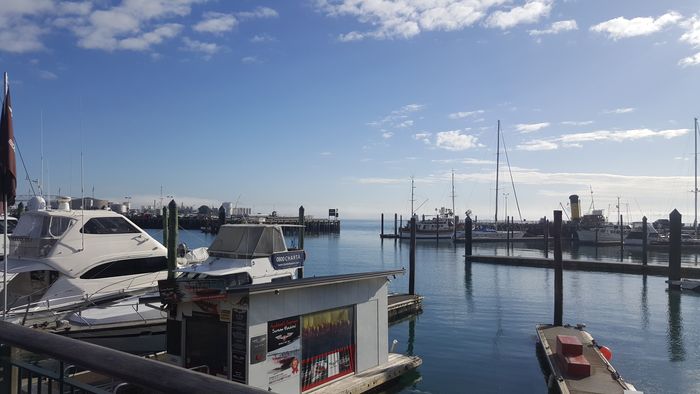 Thanks again to everyone who came along and either learned or helped at the workshops, and thanks again to Annette Beattie and Universities New Zealand for funding the roadshow.

Thanks Jonah and Aleksandra for saving my voice!

Thanks also to Mik Black at the University of Otago for including Library Carpentry at ResBaz Dunedin and for giving me a chance to talk up The Carpentries to the audiences there as well.

Also thanks to Gillian Elliott, formerly of the University of Otago Library, for her early enthusiasm about and support for Library Carpentry at Otago.